In 1956, the organization was formed as the Women’s Guild of the Texas Fine Arts Association – to support the Laguna Gloria Art Museum. There were 45 inaugural members.

In 1961 when Laguna Gloria became incorporated as an independent Austin chapter of the Texas Fine Arts Association, the name changed to the Women’s Art Guild of Laguna Gloria Art Museum, Inc. The primary function of the organization was to host the Fiesta Art Festival on site as a fundraiser for Laguna Gloria.

In response to organization changes and the sheer size of the Festival, the location was moved to downtown Austin and, in 1996, the Women’s Art Guild of Laguna Gloria became the Austin Museum of Art Guild – and men were welcomed to join the membership.

The legacy of showcasing Austin’s quality artists has always lived at the heart of the organization; in 2005, Art Alliance Austin became the name and brand of the organization, reflecting the directive to support the arts throughout the City rather than focus as a fundraising arm for one single institution. Art City Austin is the city’s second oldest outdoor fair, only the Kite Festival is older. Art City began as Art Mart in 1950 at the City Coliseum. In 1956 it moved to Laguna Gloria, eventually rebranding itself Fiesta, and supported that institution (and later the Austin Museum of Art) for the next 50 years. In 2000, the festival moved downtown at the request of then Mayor Kirk Watson to help revitalize downtown.

The festival has always truly been one of a kind. In its heyday the city of Austin closed down for the festival. Most businesses closed so that employees could attend and/or volunteer at the festival which relied on help from over 8,000 volunteers. The festival long remained a fundraising success – raising upwards of a quarter million dollars annually through the 1980s and early 1990s. These proceeds were integral in

sustaining Laguna Gloria’s exhibitions, programs, grounds, and art classes as well as serving the broader function of integrating art and the museum into the community.

Here’s a sample of the event program from 1971:

GROUNDS – open from noon until midnight

MUSEUM – open from noon until 6 p.m. both days

ART AUCTION – under the green and white striped tent 4 to 8 p.m.

GROUNDS – open from noon until 9 p.m. 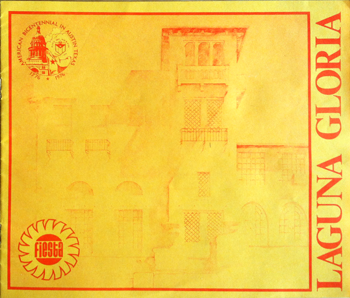 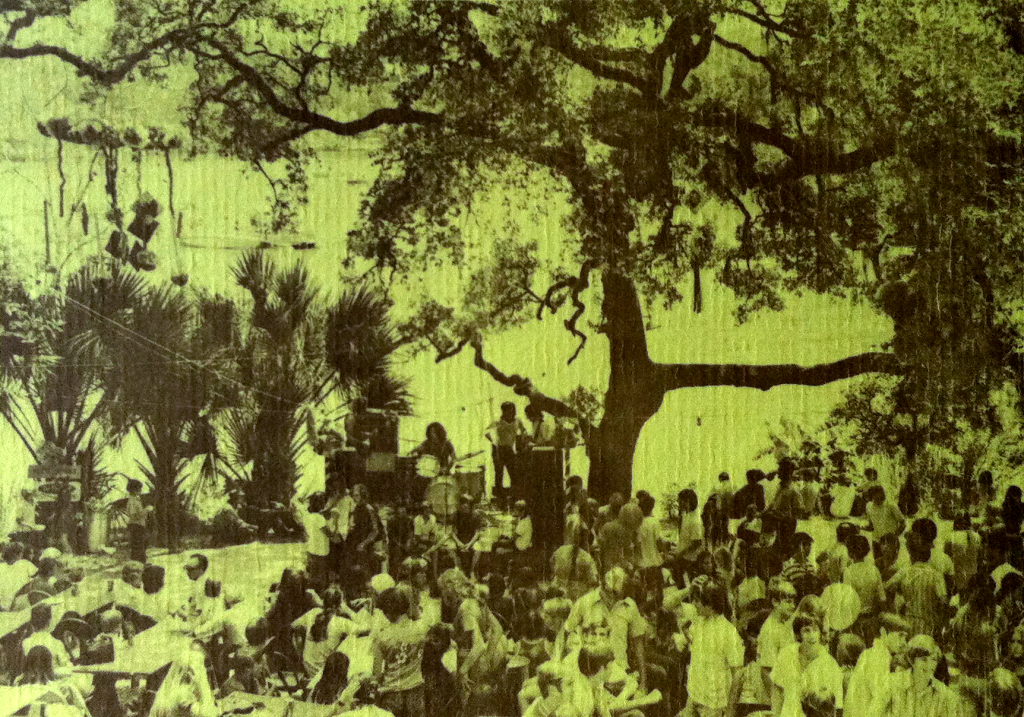 Saturday afternoon at Fiesta found the teen crowd dancing on the lagoon terrace to the music of Stagecoach with Dave Hernandez, or just listening under the huge oak trees hung with colorful piñatas! 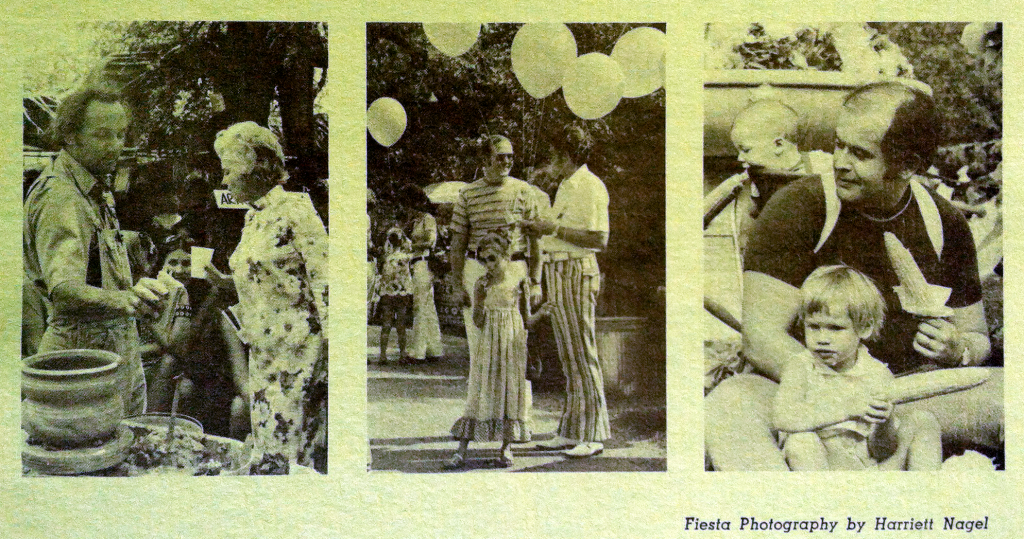